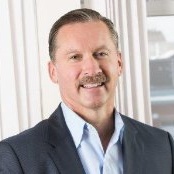 Tony Perkins is a shareholder at Bernstein, Shur, Sawyer & Nelson, a 110-attorney firm with offices in Portland and Augusta, Maine, and Manchester, New Hampshire, where he is a member of the firm’s Business Law Practice Group, Intellectual Property & Technology Practice Group and Food & Beverage Group.

Since the late 1990’s Tony has assisted numerous clients with raising angel capital, venture capital and other private funding and advise and assist many clients with sales to private and public company acquirers. Many of these engagements involve transactions that cross state and national borders.

Charlie Emmons is the Senior Commercial Loan Officer at the Finance Authority of Maine (FAME). Charlie has been at FAME since 2003 and in conjunction with Scott Weber, the Senior Credit Officer, is responsible for FAME’s commercial loan portfolio of existing customers while looking for new opportunities.

He and his team (Sally Garand, Roxanne Broughton, John Endicott, and Matthew Lindquist) work together with Maine financial institutions and other interest groups such as Accountants and Lawyers to help Maine companies succeed in start-up, expansion and growth modes. Prior to working for FAME, Charlie spent 33 years in banking for the Bank of America and its predecessors in Baltimore Maryland.

He lives in Yarmouth with his wife. They have three grown children, and five grandchildren. 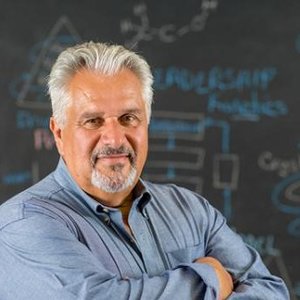 Sam is a business executive with over 30 years of global, technical corporate leadership, focused on helping organizations apply technology to real customer needs to produce results for the company and employees. He led business units, international regions and global business functions for Hewlett Packard and as Corporate Vice President for IDEXX Laboratories. Sam is very involved in leadership, educational and entrepreneurial development activities based on solid understanding of best practice application. He utilizes his chemistry background to define fundamental models for best practices to help individuals and teams become "consciously competent" and gain measured results. He is currently Breakwater School Board of Trustees President, a member of the Maine Angles and actively involved with Envision Maine. 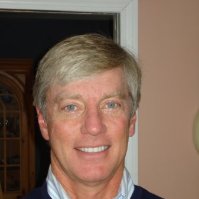 Todd brings thirty years of experience in licensing, business development, and marketing. He has established several technology transfer offices, including at Maine Medical Center Research Institute, Worcester Polytechnic Institute, and the University of Vermont. He has managed the technology transfer affairs at Maine Medical Center for the last 13 years and the same for the University of New England for the last 8 years.

Todd’s private sector experience includes ten years in the Science and Medical Products divisions of Corning Glass Works in sales, marketing, and business development roles. He has also worked in startup and early stage companies. Todd’s twenty years of academic licensing experience includes the position of Vice President for Ventures at the Brigham and Women’s Hospital in Boston and consulting to numerous non-profit institutions throughout New England. He has been an active member of the BioScience Association of Maine. He holds a BA from Dartmouth College and an MBA from the Tuck School of Business Administration at Dartmouth College. 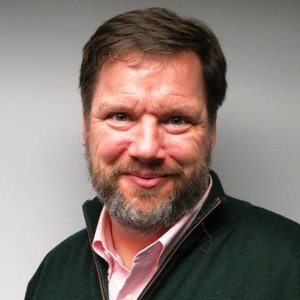 Fletcher founded telecommunications company, GWI in 1994 which now is considered a leader in Northern New England's telecommunications industry. Fletcher grew up in Arundel, Maine and went to Colby College, where he majored in English. He graduated in 1984 and in the same year, went to Cambridge, Massachusetts and started working at the research lab, Bolt Beranek and Newman (BBN). The following year Fletcher started graduate work at Harvard University in Computer Science

In 1993, the New York Times had a front page article about the Internet and how it was going to be very big. Fletcher took a small inheritance of $48,000, moved to Maine, and started Biddeford Internet Corporation in 1994, a company which still operates today as GWI. A passionate advocate for broadband growth and network neutrality, Fletcher serves on the ConnectMaine advisory board in addition to his role at GWI. He led GWI's efforts to obtain a $25 million Federal grant to deploy 1,110 miles of high capacity fiber optic in rural Maine as part of the Three Ring Binder project, later transitioning those funds to independent Maine Fiber Company in order to foster competition and lower broadband costs for rural Maine. In 2011, Fletcher was recognized by MaineBiz as Business Leader of the Year for his leadership of GWI and bringing funding for Three Ring Binder to Maine. 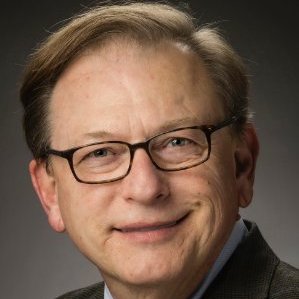 Robert A. Martin ("Bob") is the Managing Partner of Strategic Equity Partners LLC, a consultancy providing strategic counsel, financial restructuring, M & A due diligence, brand architecture, marketing and operations analysis to help enterprises focus on those matters most significant to their success. A leader in the world of innovation, Bob became widely known throughout the state as the former President of the Maine Technology Institute, and has assisted in the development of entrepreneurial programs in the US and the United Kingdom. He also serves as an advisor to Eliot Cutler, the CEO of the new Maine Center for Graduate Professional Studies, a division of the University of Maine System, where one of his assignments is the creation of experiential learning programs that will include an incubator/accelerator integrated with the Center’s law, business, and public policy curricula. 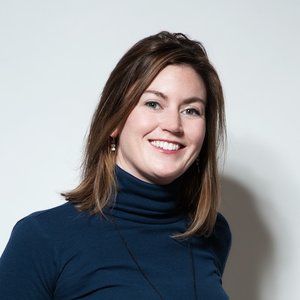 Becky McKinnell is President of iBec Creative, a digital marketing agency in Portland, Maine. iBec Creative helps companies who are embarrassed by and frustrated with their existing website and would like to feel proud of it, realize what a powerful tool it can be for their bottom line.

In 2006, Becky started iBec Creative after graduating from college with a degree in Art and Entrepreneurial Studies from the University of Southern Maine and joined the business incubator at Maine Center for Entrepreneurial Development. Becky felt that Maine was the perfect place to start her company. The opportunity to build a business that combines her passions for art, technology and strategy has been, and still is, exciting and rewarding for her. Becky and her team have developed over 250 websites for businesses around the country.

In 2010, Becky combined forces with Mark Girr to start her second company, iKNO Intranet, a social intranet designed for companies between 50 and 1,000 employees that need an easy and intuitive way to communicate online.

Becky has been featured in Business Week's Top 25 Entrepreneurs 25 and Under, awarded Small Business Administrations's Young Entrepreneur of the Year, and she's a recipient of the 2011 Women in Business Award. 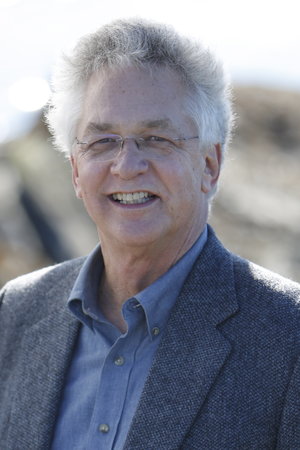 Chris Sauer is President, CEO and a founding member of Ocean Renewable Power Company, an international industry leading developer of technology and projects that generate clean, predictable power from ocean and river currents. A professional manager, energy entrepreneur, and strategic development consultant, Chris has more than 40 years of experience in executive management, engineering, construction, project development, marketing, financing, and startup company formation in the electricity, cogeneration, renewable energy and energy efficiency industries. He has held senior management positions with two major U.S. corporations and led three startup energy/environmental technology companies. Involved in the energy transaction business since 1977, Chris has played an instrumental role in the development of more than $2 billion in energy assets and companies. He is a registered professional engineer in Colorado and a lifetime Member of the American Society of Civil Engineers. 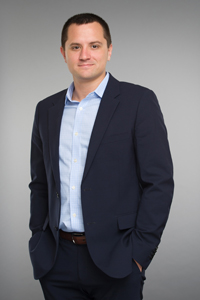 Cory Vargo joined MacPage as a tax manager in 2016; he is a certified public accountant and has practiced in public accounting since 2009.

Cory focuses his tax practice on private equity and corporate acquisition and divestiture due diligence, international tax structuring, and tax compliance. Cory received his Bachelors of Science in Accounting from the University of Delaware in 2009, as well as a Masters in Taxation from Suffolk University in 2012. He is a certified public accountant and member of the American Institute of CPAs and the Massachusetts Society of CPAs.

In addition, the office runs two small business incubators in information technology and aquaculture. The office supports federal and state government relations for the University's R&D and Economic Development mission. 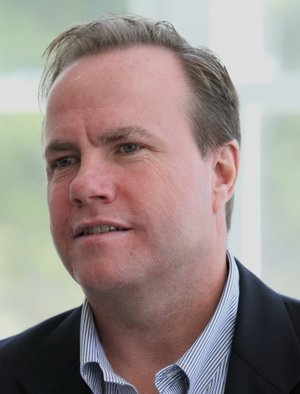 Brian Whitney is President of the Maine Technology Institute, a publicly funded, private, nonprofit organization established to stimulate research and development leading to the development of innovative new products, processes and services.

Brian has extensive experience in economic development. He previously served as a private sector manager and as Maine’s Director of Business Development & Innovation at the Department of Economic and Community Development. Prior to his work in state government, Brian was Director of Outreach and Economic Development for U.S. Senator Olympia J. Snowe, and served as Chief of Staff to Maine’s Senate President. He is currently a board member of the Maine Venture Fund and the Economic Development Council of Maine. Brian is a graduate of the University of Southern Maine (USM).

Mike is the president of a startup company called Accelera, Inc. A company that is developing a licensed and patented technology discovered and developed at Harvard University. This new technology is being developed into wearable health tech devices to be used for joint and balance rehabilitation for both the athletic and aging markets. 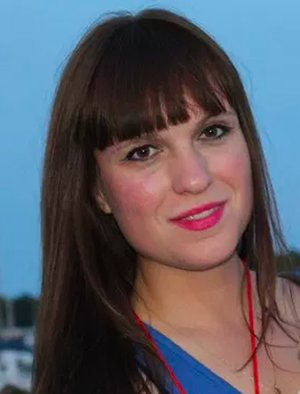 Briana Volk is the owner of the Portland Hunt and Alpine Club, Little Giant and is a short film/music video writer and director. Briana’s work has been shown in film festivals around the world. She is the founder of the New England Cocktail Conference and was named one of the "50 Most Influential Mainers" of 2015. Briana is also on the board of Creative Portland and the founding Vice President of the Maine Chapter of the United States Bartenders Guild.